Diaspora to vote in Angola elections for first time
January 24, 2022

‘Persons experiencing burning sensation, fever after sex may be allergic to semen’

A medical doctor and sex consultant, Damian Avar, popularly known as ‘Sabi Doctor’ says individuals who experience a swelling, burning sensation, and irritation after sex may be allergic to semen.

Dr. Avar also said men who develop a fever or feel a bit sick after releasing their semen could also be experiencing semen allergy.

In a video he posted on his Instagram page @therealsabidoctor, Dr. Avar said semen allergy is a condition in which a person, man or woman, reacts to some of the proteins found in semen.

He said, “If you have ever had a few experiences where you notice swelling, redness, irritation or a burning sensation after coming in contact with semen, or if as a man, you usually develop a fever and feel a bit sick whenever you release your precious seed (semen); it could be due to the fact that you are allergic to semen.

“Semen allergy is a condition in which a person, man or woman, reacts to some of the proteins found in semen.”

Adding, the physician said, “For a woman, the allergy may be limited to her vagina or it could be generalised and can affect any part of her body where the semen touches. E.g face, throat, or breasts.

“Also, while she can experience it with only a particular partner, it can happen with any man at all she gets intimate with.

“If you’re suspecting that you have this condition, just tell your man to try using a condom and you won’t notice it again.”

He, however, advises women who experience the allergy and want to have children to consult medical experts for medical attention.

According to an online portal, Healthline, the rare condition is more common in women, and it’s unclear how extensively this condition affects men who have sex with men.

“Studies do show that it’s possible to be allergic to your own semen. When this happens, it’s known as a post-orgasmic illness syndrome,” it said.

The health portal noted that allergic reactions to semen are often localised, but some people may experience symptoms that affect their whole body.

“For example, men who are allergic to their own semen may experience severe fatigue, intense warmth, and a flu-like state right after ejaculation.

“Overall, symptoms usually start within 20 to 30 minutes of exposure. They may last anywhere from a few hours to several days, depending on the severity,” it said. 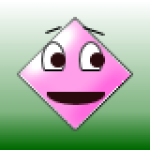 A man suspected of shooting a Milwaukee
January 26, 2022 A rush of vaccine-seeking customers and staff shortages are squeezing drugstores around the U.S., leading to frazzled workers…
byBright Dokunbo As a college student, it’s important you get all the nutrients you need for your mind and body…
byBright Dokunbo Gynaecologists have said that women living with polycystic ovarian syndrome suffer from psychological trauma because most people have…
byAdah Peace
//usounoul.com/4/4548528